“Leave his Legos out on the porch. If he behaves himself, he can spend half an hour out there on the weekends, but no more. No more video games either. He’s 15 years old and needs to get his head out of the clouds.”

This was how the foster mother greeted me when I was helping my first client settle into her home. I felt her reprimand as if I was the 15-year-old with his head in the clouds. This wizened African American woman ruled her home with kindness that had to be earned. Rules were the thick shell that this traumatized teen must chip away at to reveal the warm heart of a well-meaning caregiver.

This was almost 13 years ago. Trying desperately to build rapport with this kid, I had spent hours over the past several months constructing and then smashing monstrosities made of every size, shape and color of Lego imaginable. As he immersed himself in a world where he was in control, I was able to understand him. He was healing from the complex traumatic stress of being ripped from parents who loved him dearly but couldn’t keep him from reenacting his uncle’s sexual abuse on his younger siblings.

I did not respond well to this new rule. To say I overreacted would be gentle. Embarrassingly, I called-out this foster parent during a family team meeting, stating she was interfering with his treatment. With more than 25 years of experience, she responded with grace and dignity, but firmly put me in my place. My supervisor agreed. I was removed from his case the next week – another loss for this struggling teen. 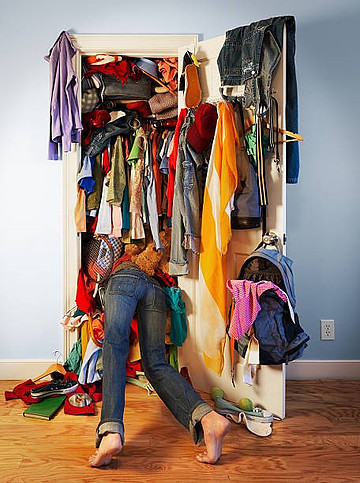 t wasn’t until this past week when I pulled this memory out of what I call my trauma closet—that mental space where I throw yucky things I don’t want to deal with in the moment. In fact, I didn’t even know I had tossed it in there until I was talking with a colleague who mentioned a parent wanting to take their kid’s toys away so he would be more engaged in the real world. Then, without warning, this stinking memory popped up.

Not that I recognized it right away. While I did notice how I was intensely focused on assuring this colleague she was right in not agreeing with the parent’s urge, it wasn’t until later the next day when I realized I was still dwelling on the conversation. There was an argument raging in my head with these parents:

How could you take his toys away?!

Who cares if he uses Bionicles and Transformers to escape from being bullied at school?!

What else do you expect him to do when he feels miserable about what’s going on around him?!

Why won’t you just leave ME alone?!

And there it was. My anger had little to do with the parents of my colleague’s 11-year-old client. While it reminded me of my reaction to a foster mother I had worked with nearly 13 years ago, it didn’t really stop there either. This went even deeper into my trauma closet to when I was about 8 years old.

They were gone, as if they never existed. All my stuffed-animal friends, my Star Wars toys, my books, even my imaginary friends who had pulled me through so much pain and abuse were no longer permitted. Stripped of any hope, beaten down and feeling abandoned, the only solace I was offered was to trust and obey a God I didn’t know, a God who had an unending list of rules I couldn’t remember.

I haven’t reprocessed this in therapy yet, but I’m getting there. I didn’t realize there was another stop along the way, but now that stepped on one, I’ll be sure to pick up any other Lego pieces left over from my exchange with this foster mother. I’m sure there are more. My therapist and I will let my body tell the story and we will listen. I will heal.

There are two reasons why I chose to share this with you. One reason is because I believe we often do similar things to ourselves. We take things away before we are ready and leave pieces laying about for us to step on in the process. Instead of developing new ways to cope with our stress, or address the root issue, we place wildly unreasonable restrictions on the “bad” behavior that results – we shove the yuck in our trauma-closet and put a bunch of nonsensical rules around it:

“I’m going to wake up tomorrow and eat healthily! No more junk food. It’s time to get serious about losing weight.”

“I’m going to stop wasting time! Starting this week, I’m going to make a list of everything I have to do and not let myself watch Netflix until it’s done.”

“I am going to get out of debt! No more credit cards! I’m cutting them up and not going to buy anything unless I have cash to pay for it.”

Then, when we fail, when we step on a Lego, we end up feeling worse and many times overindulge the negative behavior. Perhaps, instead of drastic declarations of shear will power, we would find success by focusing on developing new ways of addressing the root issue that causes us to crave the junk food, the Netflix binges, the retail therapy, the cigarette or whatever it is. 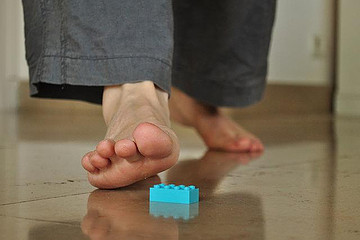 The second reason I share this revelation is to encourage you to trace your own overreactions back to their source. It’s seldom easy or fun to rummage through that trauma closet to find the source of the stench permeating your life. In fact, I encourage you to work with a trained professional if your trauma closet is jam-packed and likely to overtake you if you open it. While it may take a lot of work to clean out that trauma closet, it sure beats stepping on stray Lego pieces!